Background: Starting September 13, 2021, Vietnam announced an extension of the coronavirus lockdown in its commercial hub Ho Chi Minh City for another two weeks, meaning that factory production will remain restricted in most areas.

Before May this year, Vietnam was one of the countries with relatively good epidemic control, with fewer than 4,000 confirmed cases (including a large number of imported cases) and only 35 deaths. But the Delta variant broke all that. As of September 17, Vietnam had more than 650,000 confirmed cases of COVID-19, including 16,000 deaths, with more than 10,000 new cases reported almost every day in the past month.

The production capacity of clothing and footwear retailers in Europe and the US has been severely affected by the prolonged shutdown of factories in Vietnam due to the COVID-19, which has resulted in a significant reduction in the production capacity of the textile industry (Velcro, adhesive hook＆loop and hook＆loop). Some companies are also reconsidering whether it was a good decision to move factories from China to Vietnam.

Ahead of Thanksgiving and Christmas in the United States, research groups estimated That Nike produced about 350 million pairs of sneakers in Vietnam last year,But factory shutdowns could cut production by 160 million pairs this year. Adidas said capacity problems at its Suppliers in Vietnam would cost it $600m in sales in the second half. Hooker, an American furniture company, estimates that sales of its furniture brands will fall 30 per cent this quarter for the same reason.

At the same time, Vietnam's manufacturing sector is struggling with a shortage of cargo containers, a backlog at ports and a limited number of truck drivers.

Over the past few years, many companies have sought to move factories from China to neighboring Southeast Asian countries, hoping to hire cheaper labor from other countries and to avoid tariffs imposed on China by former U.S. President Donald Trump. Vietnam, Cambodia, Indonesia, Myanmar and Malaysia are among the top destinations for U.S. companies opening new factories.

But as the COVID-19 continues to slow in Southeast Asia, many companies are inclined to shift some of their production capacity back to China. Willy Shih, a management professor at Harvard University, says some forward-thinking companies began moving factories back to China as early as last year. "The key thing is that if you need reliable manufacturing, China tends to the best place," he told Quartz, a financial news website.

And the textile industry (Velcro, adhesive hook＆loop and hook＆loop etc.) that Southeast Asian countries used to be good at has also entered the Waterloo: In recent years, the southeast Asian countries such as India, Bangladesh and Cambodia on low-end textile products pose a big challenge to Chinese enterprises, cheap raw materials, low labor costs, combined with China's tariff restriction, cause this kind of orders to southeast Asian countries, however, is affected by the outbreak, like Velcro, adhesive hook＆loop and hook＆loop .considering security, such as textile product order As a result, the prices of raw materials in China have risen further. Therefore, many European and American customers are preemptively placing orders in recent years at one time for the sake of raw materials and freight prices, resulting in order congestion and inundated domestic manufacturers.

However, the situation is not optimistic. At present, the shipping price is still rising further, and the domestic raw materials are in short supply. Here is a friendly reminder for customers who need to place orders as soon as possible, so as not to affect the production capacity and delivery date of products. 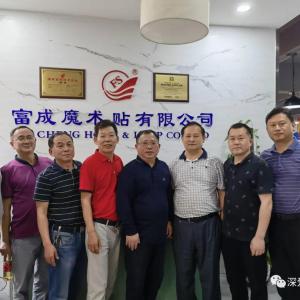 The US Department of Commerce resumed imposing tariffs on so